Volume 24 // An Economical Miracle and the Central-Left Wing

This volume covers the period of the “economical miracle” and the years of the first Central-Left wing government that witnessed the process of the most rapid and profound economical and social transformation observed in Italy since its Unification. This transformation changed radically the face of the country. Thus, some essays go back, in their well-determined interpretation, to the development of the industry, in its duplicity of being private and public. Other works explore the development of agriculture that managed to double its production reducing the number of agricultural workers whose quantity dropped from 43 to 10 per cent of the active population between the year 1950 and our days. Some pages of this volume that throw light on the negative consequences of the development. The planning remained a “book of dreams” and did not produce any economic growth that could allow the economy to overcome the old and new imbalance characterizing Italy, to start from the “Southern question” because the South did not manage to cover the gap between itself and the rest of the country. The human costs paid were also very tangible: to start with the “great emigration” which, between 1949 and 1973, brought seven million of Italians abroad and moved other two million five hundred thousand of them from the southern regions to the industrial North. A particular attention is paid to the year 1968 with its radical protest of the young people who rejected the traditional family values, proposed their direct participation in a decision-making and opposed the model of a consumer society. Another object of an accurate reconstruction is a “hot autumn”, the working class fights that gave origin to a recovery of the unitary action of big trade union centres.

The basis for the economical miracle
Giulio Sapelli

A side effect of the miracle: southern question
Nino Calice

Women from the postwar period to our days
Francesca Romana Koch

A “Hot Autumn”: the offensive of a working class
Valerio Evangelisti, Salvatore Sechi

The process of a trade unions unity
Francesca Taddei 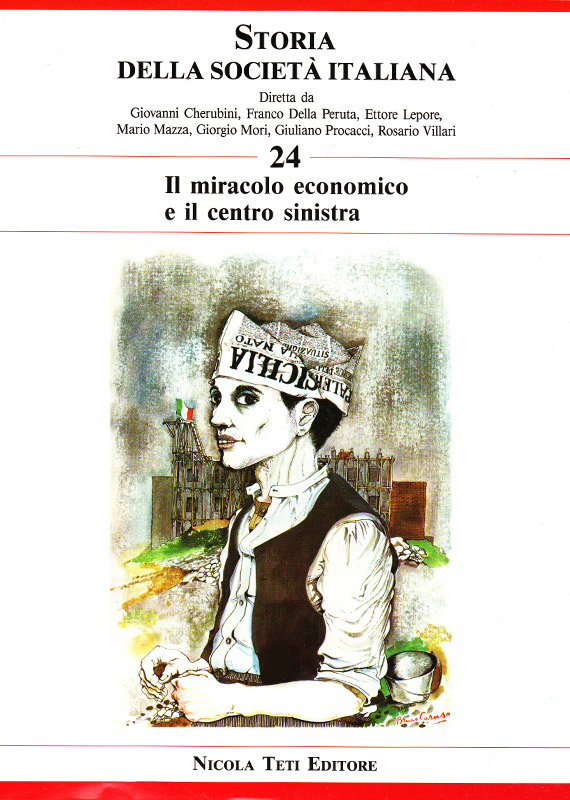