Volume 8 // The Age of the Italian Primacy. The Fifteenth Century

The analysis made in this volume is completely dedicated to the Fifteenth Century. The collection of essays depicts a fresco of one of the central centuries of the Italian history, rich of political, social, economic and cultural events in each and every region of the peninsula. The research highlights the process developed together with the passage from the Signoria (Lordship) to the regional states, and traces the parallel between the regional states of Italy and national states of Europe. At the end of this evolution, the Italian political geography seems to be deeply changed: it has replaced its fragmentation with its new political and institutional organization founded on the political equilibrium ratified in 1454 with the peace of Lodi. In the Fifteenth century Italy lives a great season of Renaissance and of its civil and cultural primacy in Europe. At the same time, it is the Italy  making the negative elements come to life that will bring to the regression of the peninsula’s history: the city prevails on rural areas, country-side people’s conditions get worse, the Central and Northern Italian regions linked to the international economy circuit and the Southern agrarian feudal regions clash. The strengthening of the administrative structures and of the government that preludes to the modern organization of a state (diplomacy, permanent army, fiscal system) is not accompanied, in the Italian states, with the unification of law, creation of a body of state employees’ elected on the basis of their competence. These regional states, founded on the privileged role of aristocracies in the political and administrative power, hide a structurally weakness of the relation between the state and the citizens, the centre and the peripheral areas: this drawback is destined to last long.

The Republic of Genoa in the Fifteenth century
Gian Luigi Falabrino

Florence, the capital of Humanism and of the Italian equilibrium
Giovanni Cipriani

The Bank of the Medicis and great Italian banks
Giovanni Cipriani 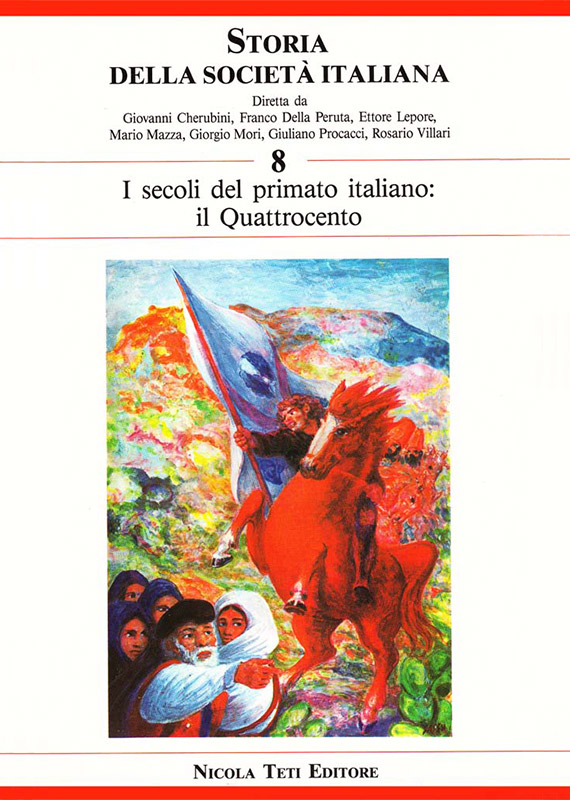