Volume 7 // The Crisis of the Communal System

This volume is dedicated to the analysis of original and complexed economical, institutional and cultural processes developed in Italy from the Thirteenth to the beginning of the Fifteenth centuries. The choral structure of different essays allows to a reader to understand the deep dynamics of a changing society, highlighting static and dynamic progressive aspects which are present in the organization of communes. A deep historical survey made by the authors throws light on two fundamental interconnected subjects. The first regards the relevant and contradictory new events in the economy appearing during the communal epoch: the events witnessing the end of the closed system and its lifeless forecast for the future. The end was characterized by the crisis of rural areas, famine, repeated epidemics and population  number reduction, from one side, and, from the other, by the spread of Italian market places, the ramification of the network od commercial exchanges with European financial sites and an extraordinary expansion of trade till the Far East. The second subject is determined by a long and hard-to-overcome crisis of the communal order structurally linked to economic changes and deep social conflicts. A crisis that, in the majority of the Northern and Central Italian communes, will see the birth of a new political and institutional body: the Signoria (Lordship). Thus, we are speaking about a dense epoch, rich of events that the authors underline and efficiently connect with cultural, religious and artistic aspects reaching, in that period, their peak bloom with Dante, Petrarca, Boccaccio.

Demography, famine, epidemics, between the end of the thirteenth and the half of the fifteenth centuries
Maria Serena Mazzi

The Italian society and the Popes of Avignon
Franco Cardini

Cola di Rienzo and the myth of Rome
Josef Macek

The crisis of the communal order and the citizens’ movements
Viktor I. Rutenburg

The intellectuals and the communal and national crisis
Josef Macek 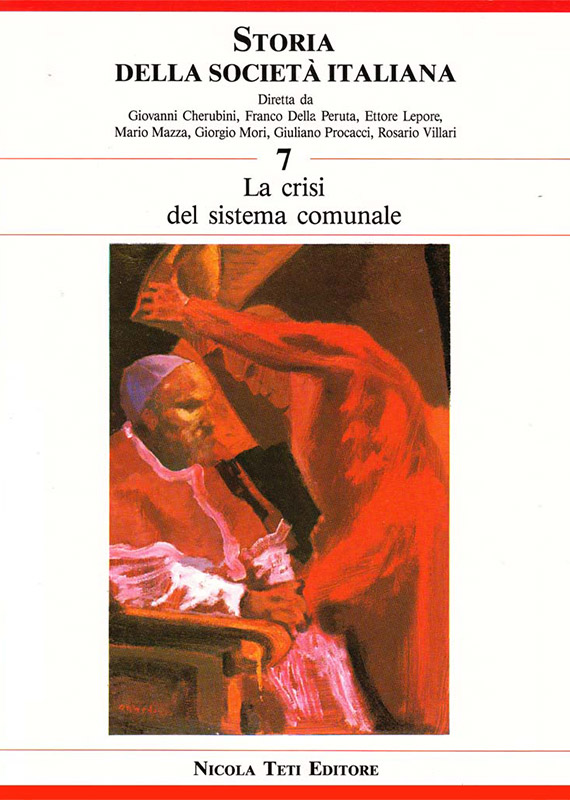