THE BOOK: This book highlights an irrefutable truth: without Stalin’s Soviet Union the State of Israel would seemingly have never seen the light of day. Why Stalin created the State of Israel is based on now declassified original documents from the archives of the Politburo and the Central Committee of the Communist Party, Secret Service and Foreign Ministry of the Soviet Union. It highlights Stalin’s decisive diplomatic and military role to support the creation and armed defense of Israel. The latter also acknowledged by Prime Minister Golda Meir: “I do not know if we could have survived without their weapons.”

THE AUTHOR: Leonid Mlečin is a journalist and a historian. He has collaborated with several magazines firstly as a reporter and later as Deputy Director. He is the writer and host of several television broadcasts on news, current affairs and politics. As a keen observer of the international scene, Mlečin has written many essays and novels which have been translated into several languages. His writings include: Yevgeny Primakov. The story of one’s career, Cold War: politics, generals, intelligence officers, Why Stalin killed Trotsky, Lenin. Seduction Russia.

[…] Although it is a book based on Soviet declassified documents it is a book written with a romantic, narrative tone…
Corrado Augias

Many Jews actively participated in the Stalinist purges and occupied key posts in the notorious Gulag system.

Leonid Mlečin reveals the mechanisms which led the Soviets to sponsor the favorable vote to partition Palestine. 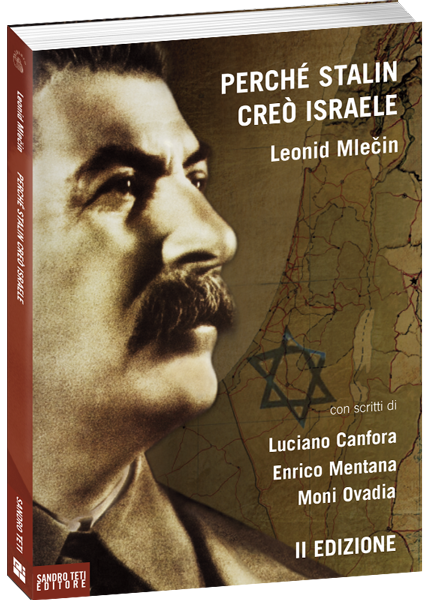