Il manoscritto incompleto is the book selected by Il Sole 24 Ore Daily Magazine  for publishing in Summer, 2014: from June, 29th to September, 7th the adapted version of the novel was published part by part on the pages of the cultural supplement to the edition.
Press here to read the adapted version.

BOOK: An unputdownable and refined historical novel. The action takes place between the Minor Asia and the Caucasus, in the area of the ancient Turk populations’ settlement. Presenting an impeccable analysis of the epoch, this international bestseller has already been translated into the most frequently read European languages and into Japanese. The narration starts from the discovery of a mysterious and forgotten manuscript, single parts of which got completely lost. The manuscript gets found by a researcher from Baku, capital of the Caucasian Republic of Azerbaijan.  The discovery brings him to the times of the Book of Dede Korkut; the Oghuz Turks most famous epopea written in the form of stories in prose. In Il manoscritto incompleto the author shows his artistry on different linguistic levels telling stories of various epochs. Besides, the narration follows the rules of cinema (a frame and a cut) and covers the time periods listed below: modern times, the eighth century AD of the Oghuz Turkish tribes and the fifteenth century AD of the Azerbaijani poet and Persian sheikh, the great Ismael the First. founder of the Safavid dynasty.

АUTHOR:  Kamal Abdulla is one of the most significant representatives of the Azerbaijani intellectual milieu. He is the author of numerous novels, stories and essays translated into many languages. An eminent Turcologist and Slavist, writer and playwright, for a long period Kamal Abdulla has been President of the Baku University for Slavonic Studies. Later on he has been appointed as State counselor on international relationships and multiculturalism.

FOREWORD: Franco Cardini, an international level expert on the Middle Ages and history of the relationships between the Muslim, Hebrew and Christian faith representatives. Professor of the University of Florence. Author of more than thirty books translated into principal European languages, journalist and publicist working for il Giornale and Avvenire newspapers. He created the format of various radio and television programs linked to historical subjects. He presents these programs himself. 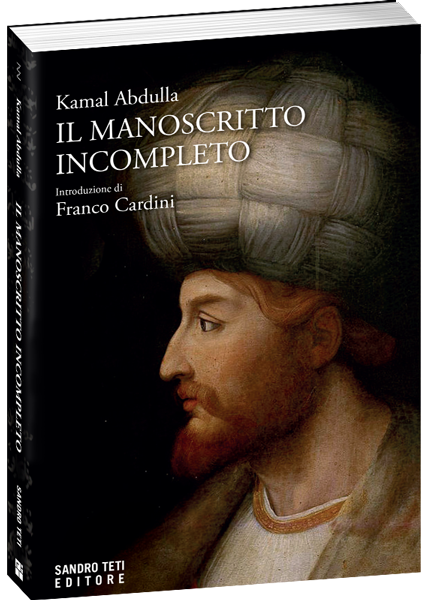