On the occasion of 650th anniversary of his birth, the literary work of the great Medieval Azerbaijiani poet Imadaddin Nasimi are published in Italian language.

THE BOOK: The Human Being, the Universe, Love and God are the central themes of Nasimi’s poetry, which is composed by lyrical and mystic poems that promote the Hurufi doctrine and the philosophy of Sufism in an allegoric and figurative way. The “id” in Nasimi’s poetry becomes a collective singular, symbol of a humanity that tends towards a spiritual perfection and towards the union between Human Beings and the Universe. «The essence of God is hidden in human beings» he wrote. Religious authorities of his time considered his words profane, and this is the reason why he was captured and brutally killed. Nasimi’s works represent an important step for Azerbaijani and Persian language poetry and they also inspired many Turkic-speaking poets such as Fuzuli e Khatai.

Imadaddin Nasimi The great Azerbaijani poet and philosopher was born in Shamakhi in 1369 and died in Aleppo in 1417. He founded a school of philosophical poetry in Azerbaijani language. He is considered such an important poet that in 1973, on the occasion of the 600th anniversary of his birth, Unesco promoted celebrations all over the world. In 2018, in Azerbaijan took place the first edition of the Nasimi Festival of Poetry, Arts and Spirituality. 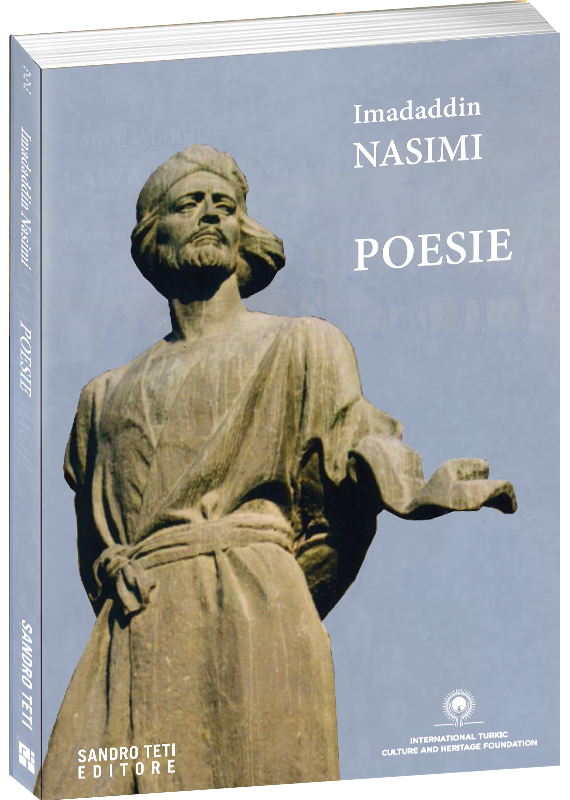